Sugar or sweeteners – which is the lesser of the evils? 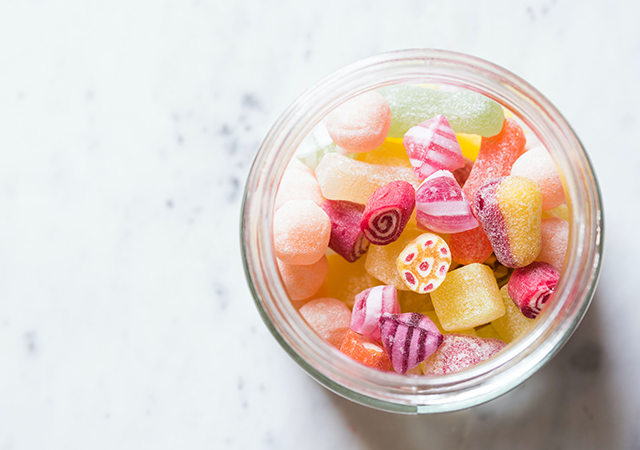 Most of us are aware of the negative consequences of consuming too much sugar. These negative effects are well publicised and include its role in the development of obesity, metabolic syndrome and even diabetes to name just a few. Despite all the known negative effects, as human beings we are naturally attracted to sweet things, and it appears that we always have been.

Man’s desire for the sweet stuff

Evidence of man’s desire to hunt down something sweet (honey to be specific) is formally recorded in ancient rock art from 8-9 thousand years ago, depicting the harvesting of honey. In addition, the discovery of honey in ceramic pots in ancient burial sites also confirm its use as gifts for the afterlife. Although this is the first formal evidence of man’s desire for sweetness, scientists estimate that honey was consumed by primitive man and even Neanderthals predating these records by thousands if not millions of years. What is interesting is that scientists think that encountering and consuming honey by our evolutionary ancestors as far back as 15 million years ago could have been a major factor in the evolutionary development of our desire and ability to taste sweetness today!

Although sugarcane was grown in India for extracting its sweet juice as far back as 4,000BC, it was not until around 2,000 years ago that sugar crystals, roughly in the format we know it today, were invented in India. The invention of sugar granules spread to the medieval Islamic world where it was further perfected, and by the 16th century the growing of sugar cane commercially had spread to the West Indies and the Americas with rapid development and improvements in manufacturing sugar in the European colonies in the 17th and 18th century. In Europe, this exotic and very rare ‘sweet salt’ as it was referred to by returning crusaders, became a major commodity and initially was as valuable as rare spices, only being consumed by the rich due its scarcity and high price. It wasn’t until the 18th century that all levels of European society could afford and consume cane sugar. 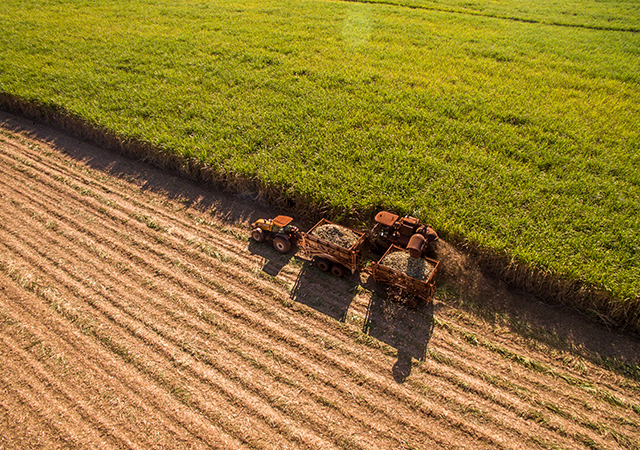 Too much of a ‘good’ thing

Times have certainly changed since then. It’s estimated that at present, the global consumption of cane sugar is as high as 177 million metric tons per year, with South Africa alone producing around 2 million metric tons of table sugar per year. What was once a scarce and rare commodity is clearly now being consumed worldwide at an alarming rate, coupled with this of course is the exponential increase in related diseases such as diabetes and obesity. The prevalence of diabetes worldwide was around 460 million in 2017 and is estimated to increase to 570 million by 2025, the incidence thereof being around 22.9 million in 2017 and expected to rise to around 26.6 million by 2025. The obesity statistics are just as alarming, the World Health Organisation (WHO) reports that obesity has tripled worldwide since 1975, amongst adults worldwide around 1.9 billion (+-39%) were overweight and of these around 650 million (+-13%) were obese. What is even more concerning is that in 2016 as many as 340 million children and adolescents were overweight or obese. In reality, far more die yearly from obesity related illness than those who die from starvation and from being underweight. Remember too that malnutrition can also occur in obesity – yes, you heard right, being obese and malnourished? This growing phenomenon is known as high calorie malnutrition and is particularly common in impoverished communities where highly refined starchy food forms the staple diet due to it being so affordable. Although the development of obesity and diabetes are also linked to hereditary factors, lack of exercise and sedentary lifestyle, sugar consumption and the modern convenient food diet and lack of whole foods is a major influencer.

As global awareness of the negative effects of excess sugar consumption gained momentum, so has the demand for alternative products which can satisfy our desire for sweetness but not provide the dreaded calories. Sugar substitutes have flooded the market in recent years as ‘healthier’ alternatives to sugar, not only replacing table sugar, but as the sweet components in many foods and drinks. There is also an increasing trend for the food and beverage industry to replace traditional high calorie sweet ingredients like sugar or corn syrup with artificial sweeteners. This has two advantages for them, firstly it allows them to make marketing claims such as ‘reduced sugar,’ ‘lite’, ‘sugar free’ or ‘diet’ which is crucial in the negative ‘anti-sugar’ market they are facing lately and secondly, they save a lot of production costs because sweeteners are so much cheaper to use.

Artificial sweeteners – where there’s smoke could there be fire?

It’s important to acknowledge that some sugar substitutes are naturally occurring substances, one such example being xylitol found in berry’s, fruits and some vegetables. It tastes just like sugar but is processed in our bodies independent of insulin, has a low glycaemic index (GI) of 8 and a calorie value of 2.4 calories per gram (sugar has a GI of 65 and contains 4 calories per gram). Other common examples include fructose (fruit sugar), mannitol, and sorbitol. Basically, GI means the effect the food has on your blood sugar level over time, i.e. foods which have a high GI cause a rapid and short lived spike in blood glucose (not great for diabetics, those trying to lose weight or those with insulin resistance), whereas those which are low GI have a much more gentle and stable effect.

Artificial sweeteners on the other hand are precisely that: artificial, synthesised chemically and of course this also means they are patentable! These are typically much sweeter than sugar gram for gram and most have very little or in some cases no calorie value at all. All the sweetness with no calories! Surely this is ideal for any diabetic and certainly anyone who is overweight and trying to follow a reduced calorie diet? Well, at face value and in this respect yes, but is it a good thing to put an artificial chemical substance into your body every day? A synthetic chemical medicine for a chronic disease is probably justifiable in most cases, but are multiple daily ‘doses’ of synthetic chemical sweetness? Surely the multitude of artificial sweeteners on the shelves these days are approved by health authorities and tested for safety, right? Well, yes, but not without ongoing controversy. 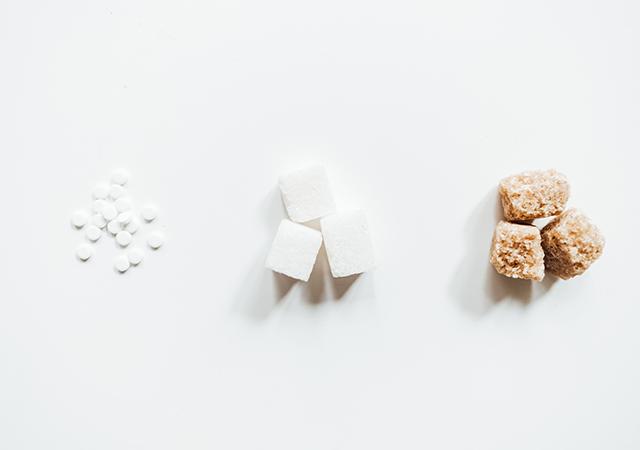 What is all the controversy about?

When one looks at all the published data on the topic, it’s very clear that scientists are divided on the safety of some of the major artificial sweeteners. It’s a minefield of data, with outcomes of safety studies which vary from ‘safe under all conditions’ to ‘unsafe at any dose.’ For every study confirming safety (there are many) there are others bringing it into disrepute. Despite the controversial data out there, major international regulators have approved the use of six big players such stevia, acesulfame-K, aspartame, neotame, saccharin and sucralose as studies against their safety were disqualified because they were too small, findings were non-significant, or they had other limitations reducing their credibility such as being done on animals and not humans.

Things got off to a bad start for artificial sweeteners when back in the 1970s, saccharin and cyclamate caused bladder cancer in rats. Despite this later being shown only to occur in rats and confirmation that they were in fact not carcinogenic, the image of artificial sweeteners was permanently tarnished. Other sweeteners were also initially linked with lymphoma and leukaemia in men, although not definitively proven it also cannot be fully ruled out.

Despite the cancer scares relatively resolved, other controversial aspects remain. Look at Aspartame for example, which is one of the sweeteners which can be broken down by our bodies, one of the major controversies is that three of its breakdown products are all toxic in high doses, including methanol and formaldehyde! Advocators will argue that these toxins are not present in levels high enough to endanger health, and as a result it’s an approved sweetener in over 90 countries worldwide.

Ironically, only its phenylalanine content must carry a warning because of potential toxicity if you happen to have a very rare genetic disease called phenylketonuria (PKU). Since a high calorie diet and excess sugar consumption is known to be one of the major causes of obesity and its associated complications, one would think switching sugar for artificial sweeteners would be an obvious choice. Well, think again! There is conflicting data around the ability of sweeteners to really assist in helping to prevent conditions such as obesity, diabetes and metabolic syndrome (a combination of being overweight, insulin resistant, having high blood pressure and a fatty liver). Although some trials have shown that sweetener use facilitates weight loss, others find the contrary, so once more a lot of contradictory findings. Big review studies which pool findings of many published trials and make overall conclusions known as meta-analyses are useful in these situations. A major review of over 37 studies including thousands of cases by Canadian Medical Association (2017) concluded that there isn’t much evidence supporting the benefit of non-nutritive sweeteners in those trying to control their weight. More so, they found that routine use of artificial sweeteners was actually associated with increased body mass index (BMI) and cardiometabolic risk, i.e. high blood pressure, cardiac events and metabolic syndrome.

Although associations of artificial sweetener use and weight gain can’t outright confirm that sweeteners cause weight gain, there are other sources of data which further support the theory. For example, there is evidence which suggests that artificial sweeteners may negatively impact on the billions of healthy bacteria living in our intestines known as the gut microbiome causing a condition known as dysbiosis. A study published in Nature (a major international medical journal) confirmed that non-nutritive sweetener use alters the microbiome in a way which negatively affects metabolism and blood sugar regulation. There is also some evidence from animal studies which support the theory that artificial sweetener use could confuse blood sugar balancing mechanisms, for example the sweet taste derived from a sweetener can cause an insulin response although there is little to no increase in blood sugar levels. Insulin drives sugar out of the bloodstream and into muscles where it’s stored, effectively lowering blood sugar levels. If this takes place unnecessarily, blood sugar levels can drop artificially. Researchers have concluded that when rats consume non-nutritive sweeteners on an ongoing basis, appetite is stimulated which leads to weight gain, and they also seem to be less able to respond to sugar when they encounter it later. 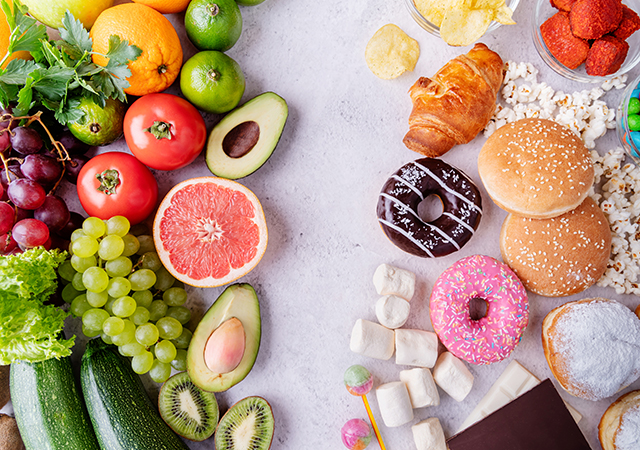 So, what is the verdict?

Unfortunately, the verdict on artificial sweeteners differs depending on who you ask, despite several publications to the contrary. Big food safety regulators from the U.S., Europe and WHO are sufficiently convinced of the safety of stevia, acesulfame-K, aspartame, neotame, saccharin and sucralose. In situations such as this where there is so much contradictory information, one should probably err on the side of caution and carefully weigh up the definite benefits against the potential risks before going ahead with the switch to artificial sweeteners. If your goal is to control your weight, reduce your risk of cardiovascular disease and diabetes or simply to improve your general health, yes cut back on the sugar but go back to basics, go back to what we know for sure. There is absolutely zero controversy around a balanced, whole food diet (that is eating unprocessed foods as provided by nature) including naturally sweet fruits, sufficient good quality water, and regular exercise.

← The circulatory system and its potential problems Ensuring a healthy and comfortable pregnancy, naturally. →